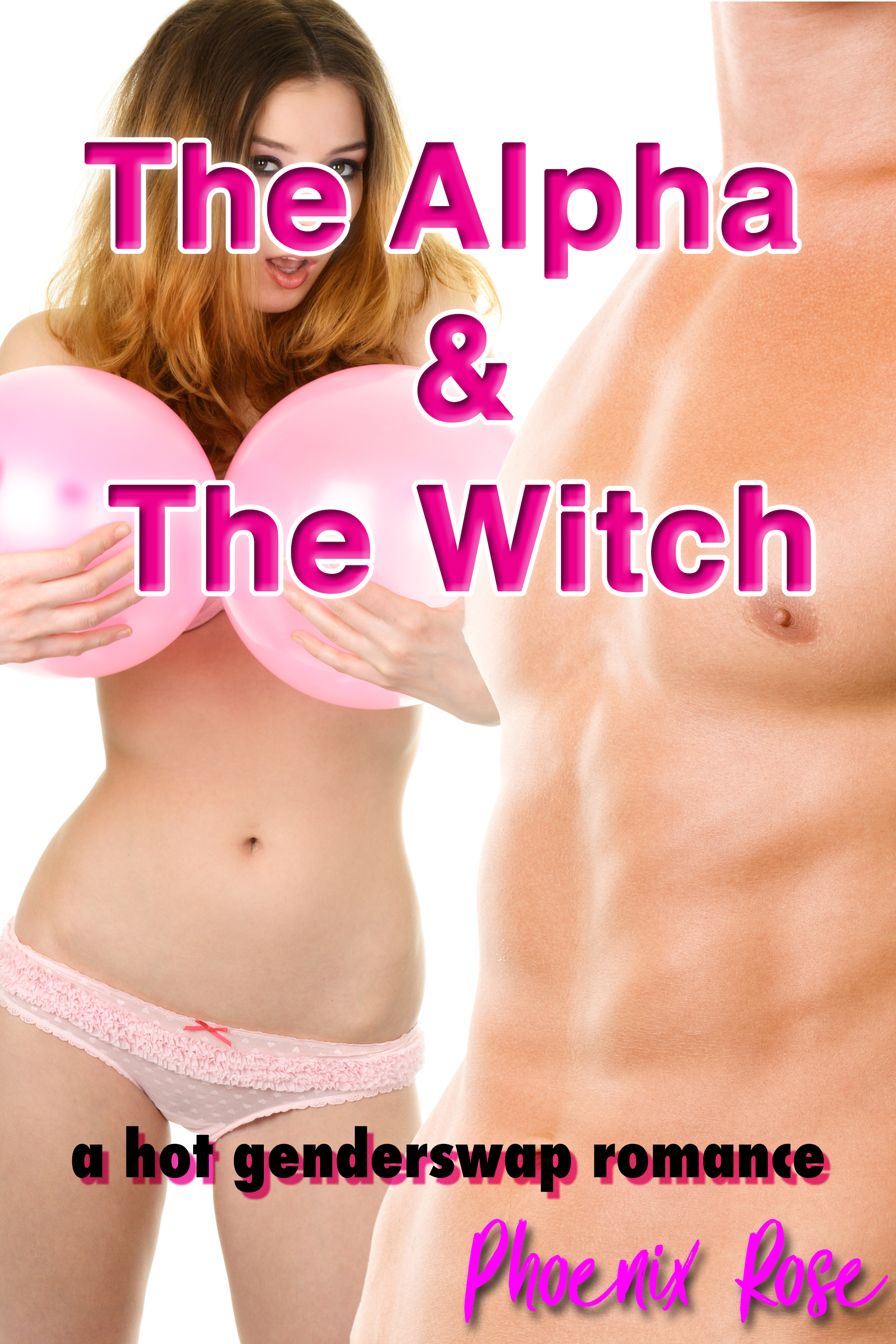 Continuing our sexy genderswap shorts series with part 3: The Alpha and the witch! Out today! Get it here (or click on the image itself which is a much bigger link but I like to include these ones too, for some reason)

The third in the ‘genderswap shorts’ series has us meeting Kyle Warrington III, a rich, smug, good looking guy who lives for the ‘hunt’ and getting laid. He’s so backward he doesn’t even think women like sex!

Enter Rose, a witch on a mission to change people. Making the first move on Kyle, she implicitly tells him women do enjoy sex. When he refuses to believe her, there’s only one thing to do: transform him into a woman with a raging libido and see how he fares!

This was a super fun story to write. I’ve never written a character who was such an out and out douchebag, so that was new for me. Hopefully y’all like the story, the super hot scenes and the touches of romance which are the trademark Phoenix Rose style. See you soon for part 4!

“Tell me this, then!” I added, quick to make an important point which had just flashed across my mind. “Why do they call it a walk of shame the morning after a girl’s just got lucky?” My smirk grew even wider. There was no arguing with my logic. Once again, she cocked her head to the side as if she was studying me.
“Why do you think they’re doing the walk of shame? What if it’s their strut of glory? Or perhaps their stride of pride?” She spoke with such confidence in her voice, such self-assuredness, it caught me off guard.
“No one calls it that.” I spat back at her.
“I do…” She purred, a wicked, mischievous glow behind her eyes. “I practically skip the morning after I’ve had a good dicking…” She purred. More blood coursed toward my crotch.
This chick was getting to me. I had to think up something fast.
“Ah, that’s just you. You’re crazy. And definitely not like most girls.” I threw the back-handed compliment at her.
“And you speak for most girls? As a man? Do you know how ridiculous that sounds?” Anger flashed behind her eyes. I’d seen that look before, but it had never been so… bewitching.
I was stuck for a reply. She saw her advantage and seized it.
“Well, guess what? You’re in for a treat. I’m going to help you experience something very few guys get to…”